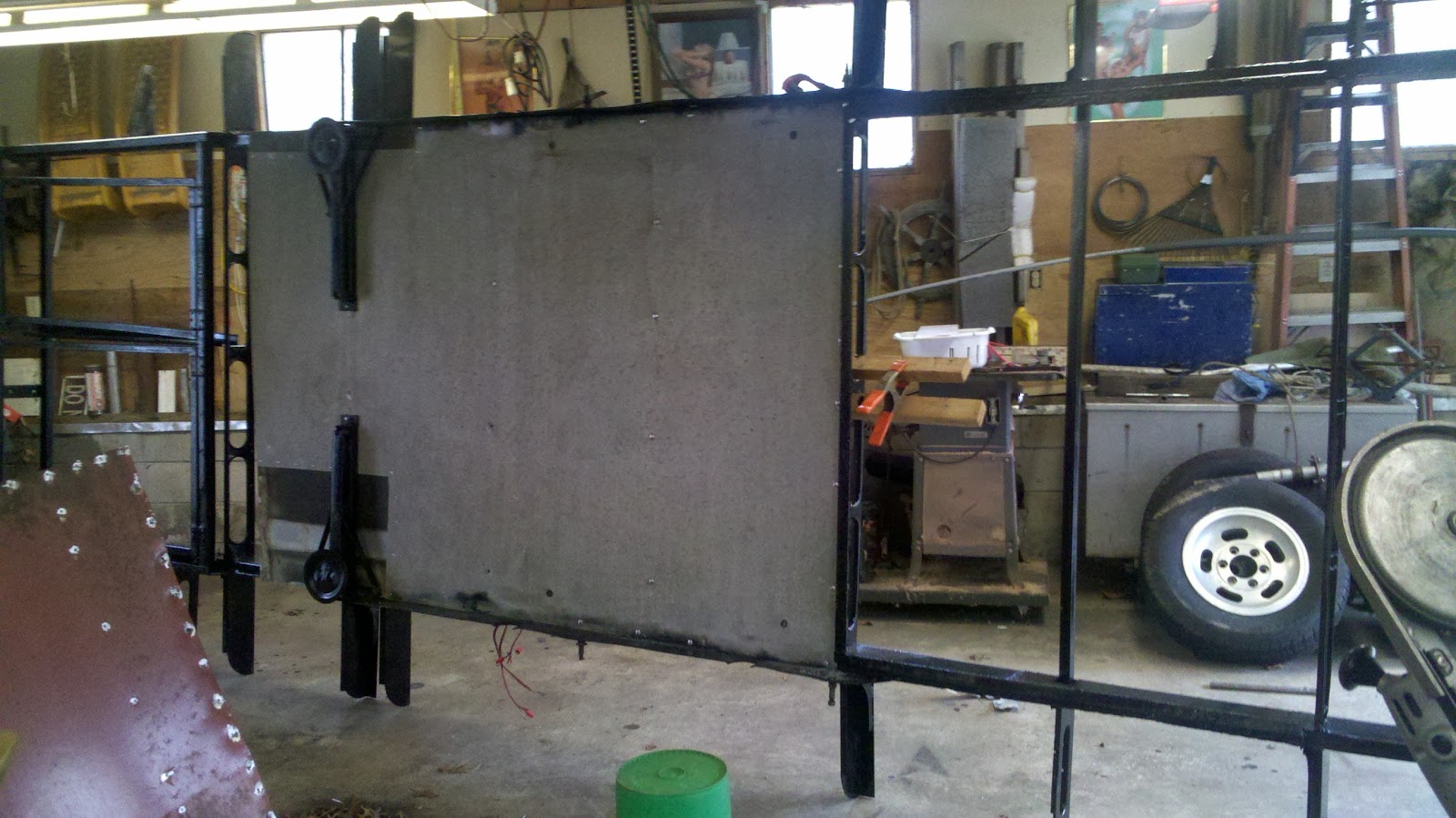 Now its finally time to put on the new axles... or is it 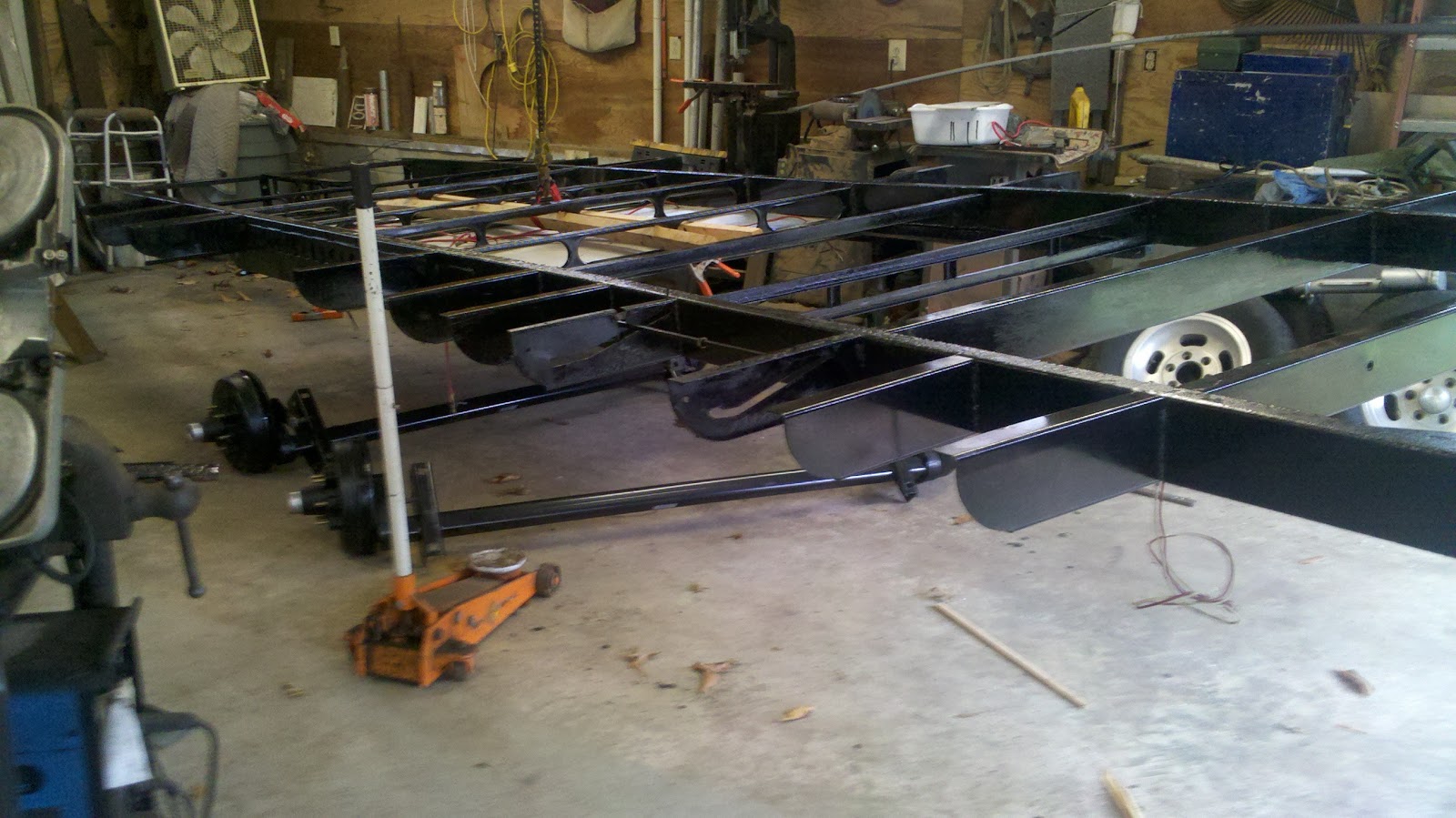 My new Axles came complete except for one thing the axle pins! I thought no problem I will cut them off the old axles and weld them on to the new 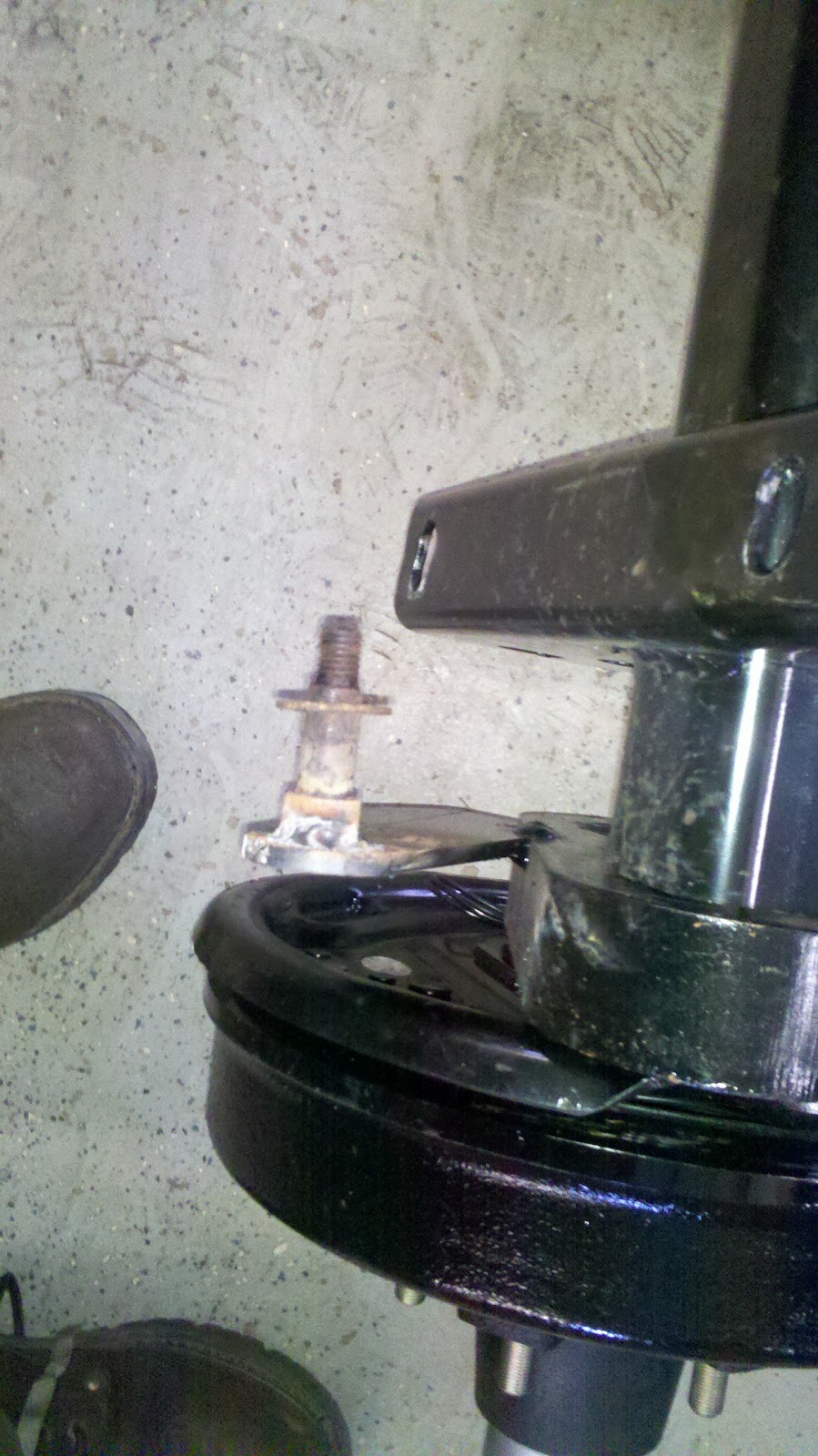 job done looks good.... or dose it take a look at the clearance between the shock mount and the axle mounting plate... there is none 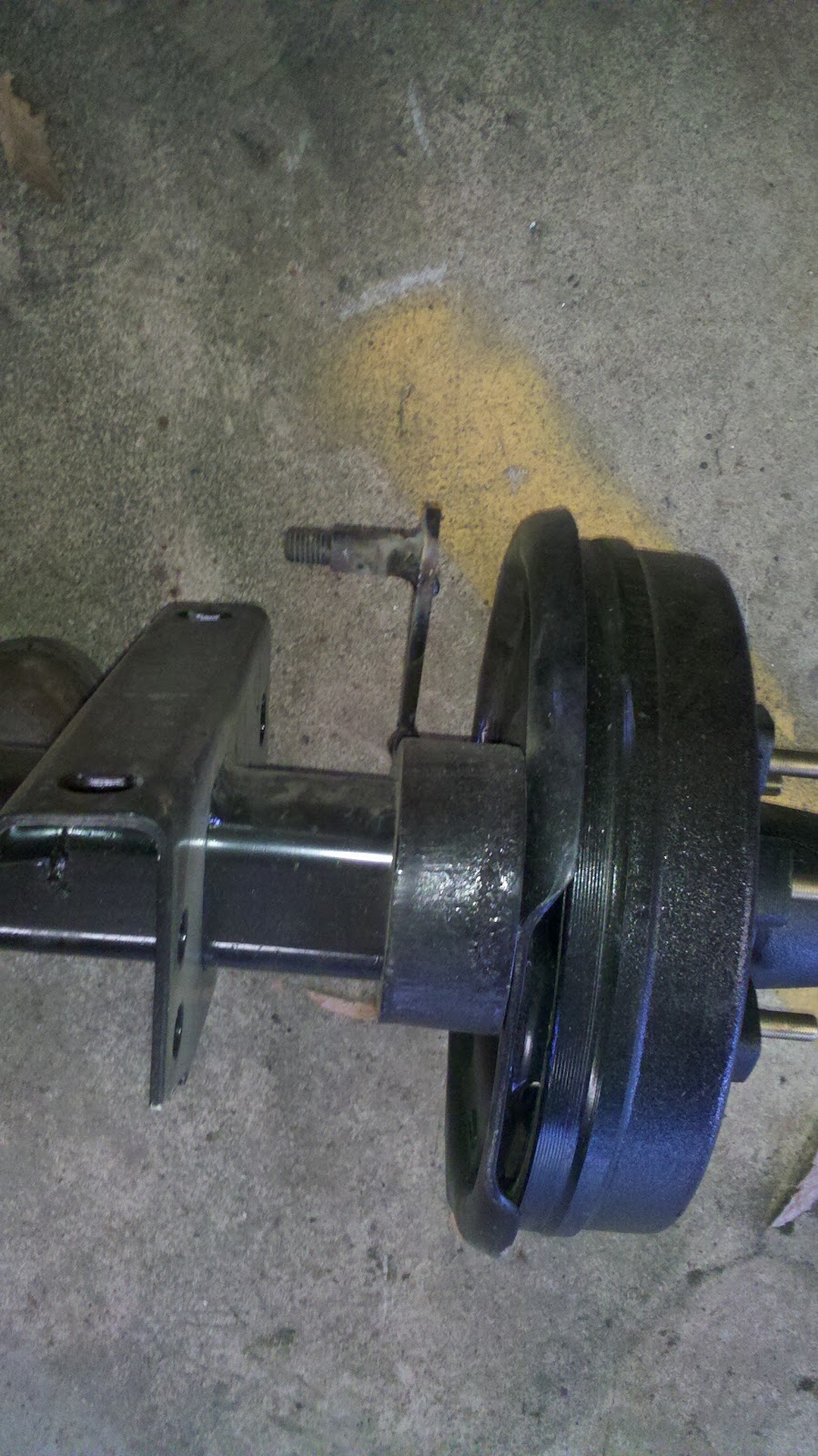 so I cut them all back off and shortened them as much as possible and re attached. you would think problem solved but there is now still almost no clearance between the pins and the frame and the only way I would be able to remove the shocks would be to remove the axles.  The real issue is that on the old axles the shock mounting plate is attached in the middle of the cam. you can see in the picture above that the new axle it is attached at the very edge of the cam. not sure what the thinking here is???

Another issue is that the new axle mounting plates appear to be about a 1/4 inch wider than the frame mounting plates. (I don't believe this is an axle problem I think my frame mounting plates are slightly bent inward). I will have to apply some brute force to bend them outward to get the axles to fit in place. needles to say I gave up for the day in frustration.
Posted by dkrukosky at 4:28 AM